Heralded as “the next accordion star” by Howard Reich of the Chicago Tribune, Julien Labro has established himself as one of the foremost accordion and bandoneón players in both the classical and jazz genres. Deemed to be “a triple threat: brilliant technician, poetic melodist and cunning arranger,” his artistry, virtuosity, and creativity as a musician, composer and arranger have earned him international acclaim and continue to astonish audiences worldwide.

Picking up the accordion at 9, French-born Labro was inﬂuenced early on by traditional folk music and the melodic, lyrical quality of the French chanson. Upon discovering the music of jazz legends, he quickly became inspired by the originality, freedom, creativity, and the endless possibilities in their musical language. 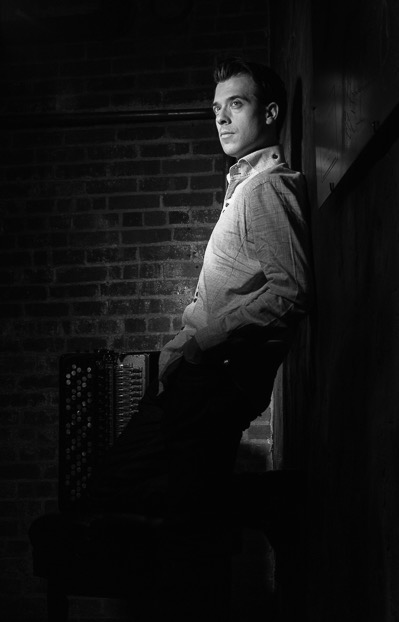 After graduating from the Marseille Conservatory of Music, Labro began winning international awards, taking ﬁrst prize in the Coupe Mondiale in 1996 and the Castelﬁdardo Competitions in 1997. After sweeping ﬁrst place in the Marcel Azzola, Jo Privat and Medard Ferrero competitions in 1995 and 1998, respectively, Labro moved to the United States, where he further pursued his musical dream. As a musician and artist, Labro is constantly evolving. Equipped with advanced degrees in classical music, jazz studies, and composition, Labro draws from his diverse academic background and eclectic musical influences as he searches for new themes and untried concepts, transforming and developing his creative ideas into new projects.

Piazzolla, a major inﬂuence and the reason Labro picked up the bandoneón, is also the title of his album with classical guitarist and Grammy-award winner Jason Vieaux and A Far Cry chamber orchestra. Other releases include Grammy-award winning vocalist Cassandra Wilson’s Another Country and critically acclaimed Hot Club of Detroit’s Junction. In 2012, Labro embarked on an exciting long-standing collaboration with Spektral Quartet, with whom he performed at NYC’s Subculture in 2014, the International Latino Festival in Chicago, and Wheaton College, just to name a few. Their work has drawn increasing attention and was featured in a 2015 Chamber Music America article entitled “Art of Opportunity” by Paul Brady, who described Labro as an “A-list star” with “deep jazz cred.” Their 2014 album From This Point Forward, which was included in the Chicago Tribune’s list of ten new significant classical album releases, is a genre bending collection of compositions from South America. In these arrangements, Labro delicately melds different genres, styles, and sounds with intricate craftsmanship that not only preserves the original essence of the pieces but also brings in fresh new twists and perspectives that introduce a new understanding and appreciation of the music for the modern day audience. Alto sax great and McArthur Fellow Miguel Zenón joined on a couple tracks. Infusion (2016), marks his second collaboration with Grammy winner Jason Vieaux. It explores and stretches the repertoire with original arrangement of pieces by Brouwer, Gnattali, Metheny, and the British pop band Tears For Fears. Labro’s latest release Rise & Grind (2017) with Finnish jazz guitarist Olli Soikkeli primarily features Labro’s jazz compositions written especially for the project and some fresh arrangements of classical and country tunes. 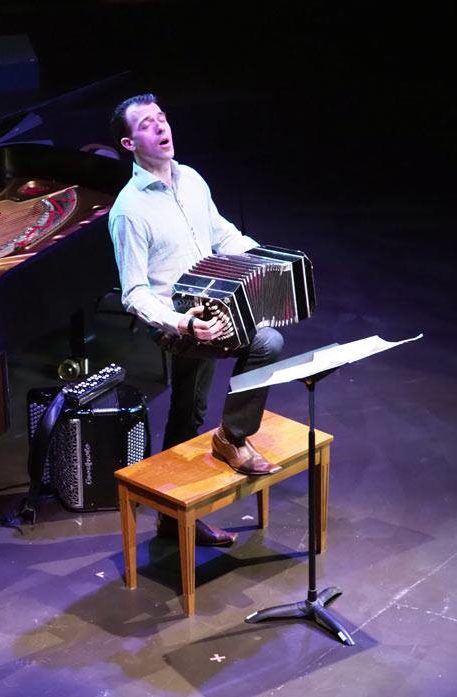 Labro’s passion for promoting the understanding and love of music has well been recognized through his master classes at renowned institutions such as the Oberlin Conservatory of Music, Princeton University, Hope College, the Cleveland Institute of Music, and many more.

After a busy summer touring the US performing at the Strings Music Festival, Gretna Music, the Vail Jazz Festival and premiering his latest orchestral work “The Django Fantasy” at the Berks Jazz Festival, Labro will open the 2021 season performing with the Maria Schneider Orchestra at the DC Jazz Festival. In the Fall and Spring of 2022, Labro will zigzag the US with the world-renowned Takács Quartet performing new works written for them by Clarice Assad and Bryce Dessner.

In his free time, Labro is working on composing a new bandoneón concerto that will be a sequel to his accordion concerto Apricity.