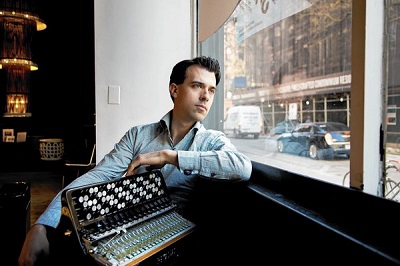 Review: The Hot Club of Detroit @ the Van…

Some music just needs to be seen in a small space. For instance, even though Troy Savings Bank Music Hall was acoustically perfect for Hot Club of San Francisco, both the band and the music seemed “too small for the room” during their appearance last year. In comparison, Hot Club of Detroit’s show at the Van Dyck Restaurant & Lounge last Friday night (February 1) was not just perfectly wonderful – it was also perfectly scaled. Maybe the Van Dyck’s concert space is a loft instead of a basement, and it may also be a non-smoking environment, but a band and its sound has never seemed more at home.

Here is the full review

Gigi Brooks interviews accordionist and composer about his instrument of choice, the Hot Club of Detroit and the music of Django Reinhardt

Accordionist and composer Julien Labro and member of the band Hot Club of Detroit, spent some time talking with me about his life and music career and his rare choice of instrument—the accordion.

Labro shares the band’s desire to pay tribute to the late, great European jazz guitarist, Django Reinhardt in their latest release on Mack Avenue Records, Junction. The album also features the avant-garde sound of Ornette Coleman, blended with the acoustic grooves of Pat Metheny. The sound is bold and modern as he explains in our interview.